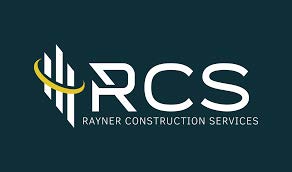 CALGARY, ALBERTA, October 21, 2020 – Alberta’s renowned Newcomer Entrepreneur Award of Distinction, as awarded by the Alberta Chamber of Commerce, recognizes outstanding businesses and entrepreneurial success brought to the province by individuals born outside of Canada. The award serves as acknowledgement for those who have faced and overcome unique industry and economical challenges, while continuing to pave the way for a more meaningful and prosperous Alberta.

Tom Rayner, an Australian native, moved to Canada with his wife in 2013, just two years before one of Alberta’s most memorable economic downturns. In 2015 our province experienced the deepest recession we had seen in over 50-years which inadvertently impacted the economy on a national scale.

New to the country, Tom and his family were now not only in the midst of settling into a whole new way of living, thousands of miles away from everything they had once known, but they were also welcomed by copious job losses and an overly competitive workforce. Did that deter them? Most certainly not.

In 2017, Mr. Rayner erected Rayner Construction Services Inc. “I see every challenge as a great opportunity [to find] a creative solution,” says Rayner.

Prior to his move to Canada, Tom was enrolled as a full time student whilst working diligently in his fulltime role at an Australian construction company. From humble beginnings, Tom began working for the company as a contracts administrator, while studying for, and later obtaining, his Bachelor of Construction Management degree.

After just a few short years of employment, Mr. Rayner was offered part ownership of the business. He was 24-years old.

“It’s been one heck of a journey. Gaining the confidence that I did in my previous role, it was honestly so much fun coming to Canada – starting fresh, creating new networks and building new relationships,” he says. “I don’t think any one person is truly ‘self-made’. The company that I came from brought me to where I am today. He [my boss] showed me strong leadership, never ending support and great family culture. Now I want to give back. I want to give others the same opportunity and support that I was given.”

In closing: “I would like to give a huge thank you to everyone that has supported me on this journey. My team is like a family to me and they deserve all the credit for the company’s success. And of course, thank you to my beautiful wife for standing by me through it all.”

At RCS, we align our industry knowledge with your goals to deliver a clear advantage for your
next