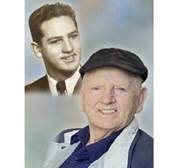 Elver was Provincial President of ECAA in 1980-1981 and an important part of the history of the Association, as a Chapter President, many Provincial and Chapter positions, as well as a Trustee.  He will be dearly missed by all that had the pleasure of knowing him.  Our deepest condolences to Grethe and his family.

The family of Elver Olsen beloved husband of Grethe Olsen of Calgary, Alberta is deeply saddened to announce his passing on Thursday, August 13, 2020 at the age of 87 years.

Elver is being remembered by everyone as a kind and caring man who was devoted to his family, his business ventures and to his volunteer work in building a great community in the place he called home since 1957.

Elver and Grethe met at a dance in Denmark in 1951 where Elver was the singer in the band.  They started a beautiful friendship, fell in love and married in 1955.

They immigrated to Calgary in 1957 where they both worked at the Calgary General Hospital.  Elver took a job as an electrician and Grethe worked as a nurse.

Elver also volunteered with the Lions Club for over 45 years, sitting as President and was very proud of being awarded Lifetime Membership.  He also stood as the Chef de Mission for Denmark, during the 1988 Winter Olympics in Calgary.

Elver was one of the founders and operators of the Lions Festival of Lights in Confederation Park. While the electrical work on the job became more challenging as he grew older, it was truly a labour of love and he so appreciated being able to gift the citizens of Calgary, and visitors, with that beautiful holiday display every year.

Elver had a beautiful singing voice and would often share it through many choirs and recordings of him singing. We all looked forward to his traditional calls on our birthdays when he would sing Happy Birthday to you!

He taught us all many life lessons through his wisdom and caring and compassionate nature. Some of his sayings that will stay with us always, “the vacation starts as soon as we pull out of the driveway” and “just be good to each other every day.”  We will do that dad, and always make you proud.

Elver is survived by his loving wife, Grethe.  They just celebrated their 65th wedding anniversary on July 30th, surrounded by family and many friends.

Elver was predeceased by his father Gunner, mother Ingeborg, brothers Leif and Kurt, sister Inge as well as an infant grandson Connor.

To plant a tree in memory of Elver Olsen, please visit Tribute Store